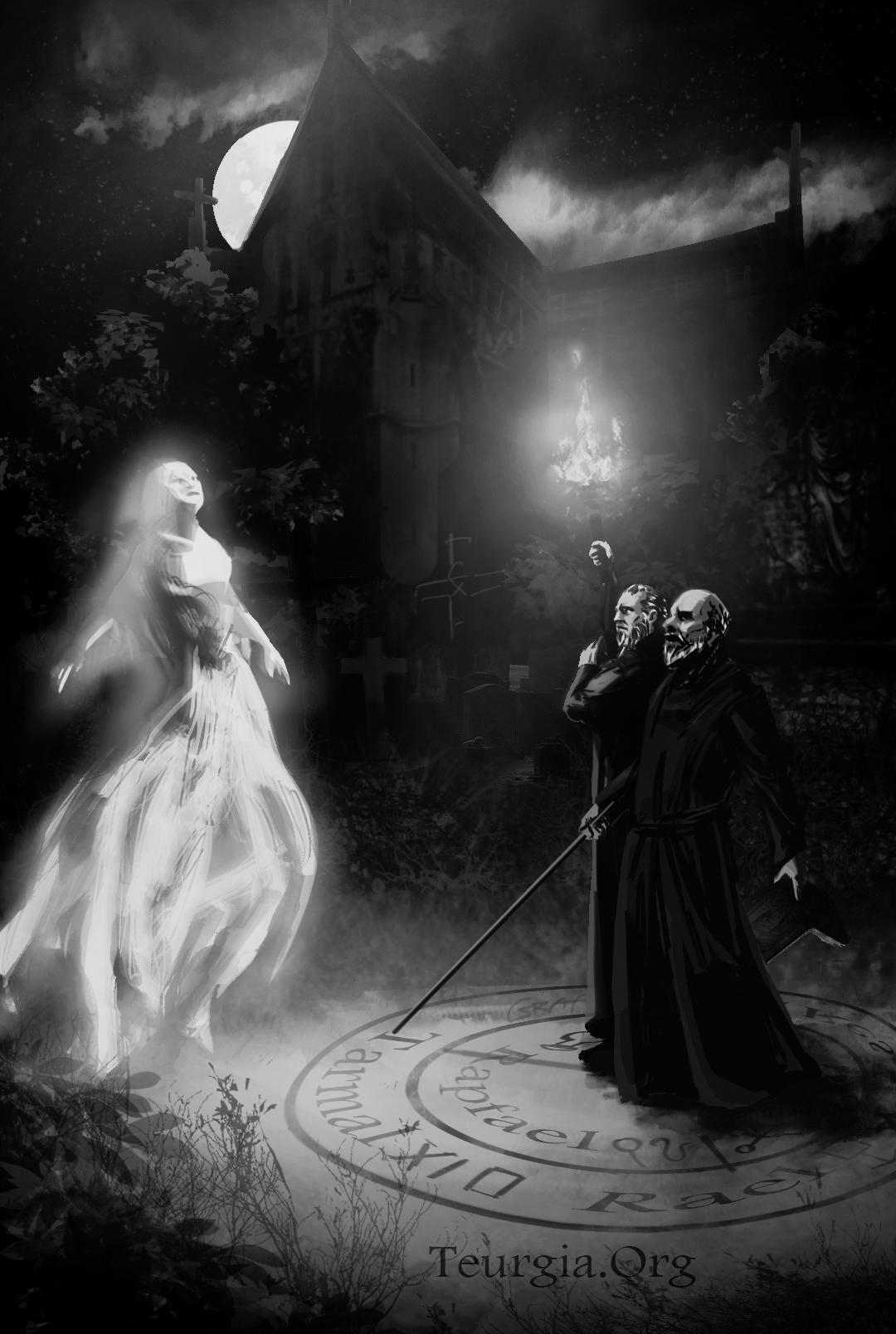 We present the December update in English of the Teurgia.Org portal. This update illustrates a digital remake of the famous image: Edward Kelly with John Dee in the Act of invoking the Spirit of a deceased Person. Copperplate engraving circa 1790. Original drawing by Ebenezer Sibly , engraved by John Ames of Bristol (according to Fincham, "Artists and engravers of British and American book plates", 1897)

The articles in this update focus on the history of Martinism, occult philosophy, Chain of Beings, astrology.

A mystical argument about what truth is and are there really "evil people" exist, or are they all naturally good? Reasoning includes an excerpt from the novel by Mikhail Bulgakov, "The Master and Margarita."

Astrology: the science of the soul — Eric Midnight
An essay on how the Planets and Zodiac Signs affect the soul of a person and about what benefits can be derived from astrology for a person who wants to build his/her own character.