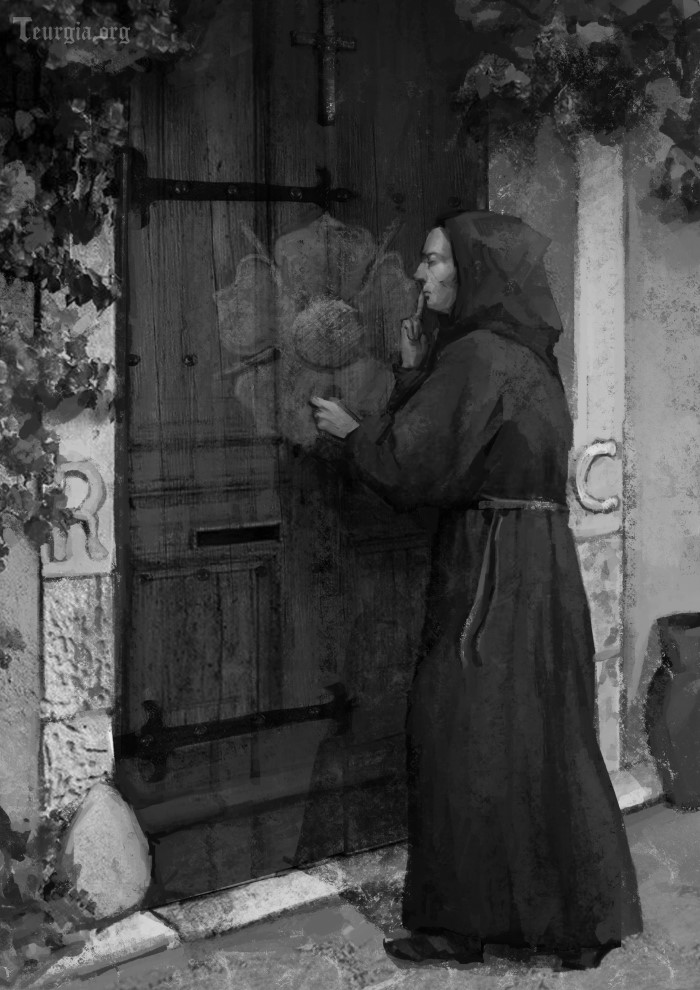 We introduce the Teurgia.Org website update in English. The update illustrates a picture with a scene from the life of an Rosicrucian created by artist HOSKA. The picture in color is available in our gallery.

The articles in this update focus on the topics of Tarot, astrology, and the history of Martinism.

We remind that on the portal Teurgia.Org operates an online store.

Tarot Symbolism and History
Tarot — Sergei Tukholka
An article about the origin of the Tarot, as well as the meaning of each of the Major Arcana of the Tarot. This report was published in the Russian-language journal Isis at the beginning of the 20th century.

Major Arcana of Tarot — Sergei Tukholka
An article on the correspondences of the Major Tarot Arcana. This report was published in the Russian-language journal Isis at the beginning of the 20th century.

Astrology
Marsilio Ficino and the star of the magi: “De Stella magorum” — Margherita Fiorello
This is one of the most famous sermons and astrological texts written by Marsilio Ficino for Christmas 1482.