The tasks of mankind — Martinist speech

The tasks of mankind 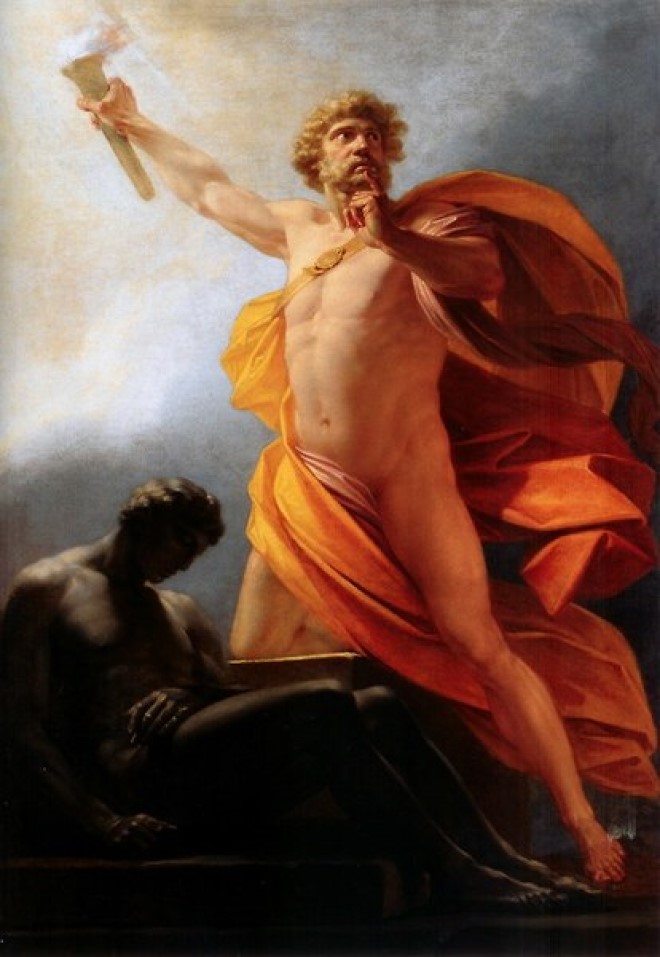 Speech delivered on August 7, 1912 by a member of the fraternity at a meeting of the Martinists in the Apollonia Lodge in Paris.

Occultists of all countries of our planetary world recognize the basic division of each individuality of mankind into three parts or planes. In European dialects, in the terminology still accepted by Greek philosophers, these parts are defined as spirit — soul — body. In the language of modern Occultism, these component parts of each individual carry the definition of bodies — mental, astral and physical.

The mental world is a plan of manifestation of the laws of inexorable logic, a plan of ideas. One can only be mistaken in it logically, falling into the wrong stream of premises and consequences, which would be necessary in a particular case.

The mental world is a plan of manifestation of the laws of inexorable logic, a plan of ideas. One can only be mistaken in it logically, falling into the wrong stream of premises and consequences, which would be necessary in a particular case.

The astral world is a plan of forms in which mental ideas are clothed. This is an area of manifestation of creativity, both in nature and in each individual. In the cell of humanity, this plan is manifested by a game of imagination, which, when translated into the language of feelings, clothe astral images in sounds, colors, sometimes even giving them a more compact physicality - creating a series of subtle illusory bodily forms. This is the world of castles in the air, a manifestation of imagination in the service of the astral prince (for example, under the influence of drugs: ether, hash or astral Esclara ge, as can be seen in the Rochester feuilleton) a whole staff of astral slaves - images of forms, in appearance obedient to the author of fantasies, who created them, but in reality intensively vampirises him and takes away his vital energy, which he could use for much more benefit in other areas.

The world of illusions accessible to our five senses, the realm of matter, as the limit of coagulation of spiritual substance, can be explained briefly, since we, the inhabitants of the earth, are forced to live and be content with the degree of compaction of spirit that our present incarnation has found.

If we take this subdivision of the cell of humanity as the main one, then it is extremely easy to outline the advantages and disadvantages of each individual personality. Mental imperfections include religious, metaphysical, philosophical vacillations and instability (for example, atheism or excessive fanaticism, or a harmonious, logical-construction philosophical system that is mistaken due to an incorrect basic premise).

Astral delusions include mainly an overly expressed individuality, which usually happens because people choose not mental self-development as the area of their activity, but direct all their forces to the field of forms, are completely satisfied with this, and are even happy. Are there few self-enjoying drug addicts or poets singing only sensuality or images of their sharply expressed individuality?

All astral flaws will naturally be born from here: pride, self-confidence, conceit, enlightenment in all forms, understood as insatiable ingenuity in the field of satisfying one's astral (sensual) passions ...

What weapons to fight against this? Most of modern mankind is still weak, as the fields of people are in an embryonic state, and although the karma of individuals often gives them the opportunity to remove the blindfolds from their spiritual eyes, to understand the meaning and purpose of mankind, but these individuals still prefer to remain sovereign princes of the astral than strive to correct their astrosome.

The only way to seriously combat the sucking mud of the astral swamp is mental self-development. Of course, in this case, I have in mind a certain circle of astral aristocracy, that is, individuals who spend their energies chasing after delivering refined perceptions to themselves.

There are people who prefer mental self-development through foolishness, “for Christ’s sake” through “spiritual poverty”, for them the Kingdom of God is truly prepared not only in heaven, that is, after reincarnation, but also on earth; this path is only possible for highly spiritual natures, rare units among a million astral aristocrats. After all, not everyone agrees to despise the blessings of the world and impose astral chains on oneself, to sleep on the edge of the road, not to value one’s life and be in a spirit of constant prayerful ecstasy. Since these people, who have chosen the path of asceticism, only after many years of persistent unceasing struggle with the astral serpent, they will be able to firmly establish themselves in a mental current and “talk with God easily”. Many of them break down, “fall into error”, under the power of Satan, being incorrigible, incurable astral egoists.

For the astral aristocrats, obviously, the aristocratic path of self-development is most suitable: thin the field of perception, expand your horizons and from the astral field go to the mental field, i.e., to the world of ideas. To do this, you need to learn as much as possible, spend time not on self-gratification, but on studying logic, philosophy, religion (Church fathers), astronomy, mathematics, ethics, physics, chemistry, physiology.

Whoever is accustomed to the idea that he represents the necessary, but tiny nut or gear of the giant mechanism of Mankind — for this, the direct consequence of this consciousness will be the desire to bring all possible assistance to people; such a person naturally adjoins the world brotherhood, consisting of those cells of humanity from which the feeling of egoism, a sharply expressed individuality is completely expelled; such a person clearly understands the meaning of the parable about talents: that if much is given to him in terms of material realizations, then he must first of all acquire theoretical training in these areas mainly so that his wealth can be properly spent and nourished.

Such an individual clearly understands that the main principle of his activity should be labor, that only with the help of hard work in the field of self-development can he defeat the inertness of matter and so thin his apparatus of susceptibility, both astral and mental, that the currents going through him can vibrate from very high astral and mental planes. All principles of self-development and self-improvement are based on this principle, pursuing altruistic goals and basically having a certain ladder established on a systematic hierarchical basis, the strict submission to a scale of which guarantees both teachers and students its systematic development.

In order to guarantee the student the fruitfulness of his self-development — mental and astral (as well as physical, since the latter is the result of purification and development of the first two), the most human-centered initiation centers act in a diametrically opposite way to that the Jesuits that establish the Kingdom of God on earth apply.

These last ones at the lower levels of initiation strive to create an atmosphere of slavish submission to the orders of the elders, suppressing in the neophytes the slightest manifestation of a definitely expressed individuality. In doing so, they achieve the fact that at certain times they can publish quite a fair amount of not bad sounding in a certain tone (depending on the perfect composition of the school) gramophone records.

But there are schools that seek to first develop a metaphysical outlook in their followers, for which they accustom themselves to logical and regular thinking, while at the same time introducing them to the secrets of the universe and its architectonics. In order to clear the apparatus of thinking so that it does not get lost in the labyrinth of new, eternal images and methods of thinking that are the property of schools that are fairly well-known, the neophyte is invited to first engage in self-education. By this, the student achieves a double goal: if the desire for self-improvement prevails in him, and not an unhealthy curiosity, then by means of a definitely developed regime he intensively fights laziness, the classical mother of all vices, and at the same time he gradually moves the center of gravity in the system of his interests, thereby thinning his astral body and purifying the mental channels in it.

We approached the second main conditional, only with which normal self-improvement is possible.

All schools of initiation of our planet - yoga, magicians, priests ... base their methods on one way or another way of developing and strengthening students' impulses of will.

Therefore, every neophyte, having felt the spark of God within himself, realizing that by satisfying his egoistic desires, he introduces disharmonies in the general course of evolution and thereby alienates himself from the final goal, such a neophyte must be able to cultivate his will in such a way that its manifestations do not make not a single false note in the orchestra of the universe, and yet at the same time, relentlessly follow the ascending scale, while refining and increasing the number of volitional vibrations. Walking in this way, he will finally plunge into the great, unmanifest Nothing and merge with the Divine, soldering his individuality with him.

Article from Isis Magazine
Translated by Eric Midnight, May 2020