In the very centre of Rome, in the middle of the gardens of Piazza Vittorio there is a strange stone door called “Alchemical door” or “Magical door.” 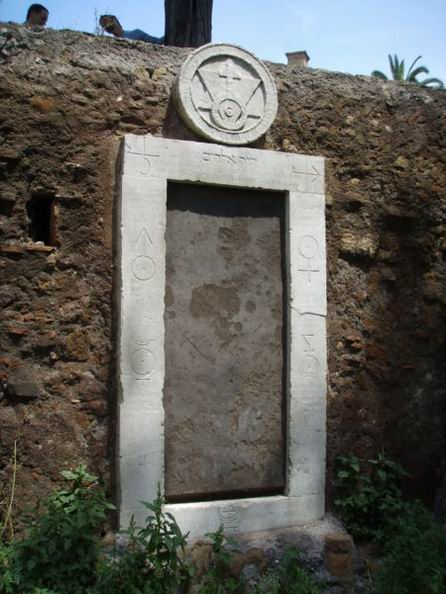 The door was the entrance of the Villa built by the Marquis Massimiliano Palombara around 1660.

Inside his villa Palombara was dedited to occult studies and involved in alchemical studies and activities with a group of friends, the jesuit Athanasius Kircher (the possessor of Vyonich manuscript), the astronomer Giovanni Cassini and the Queen Christine of Sweden between them. 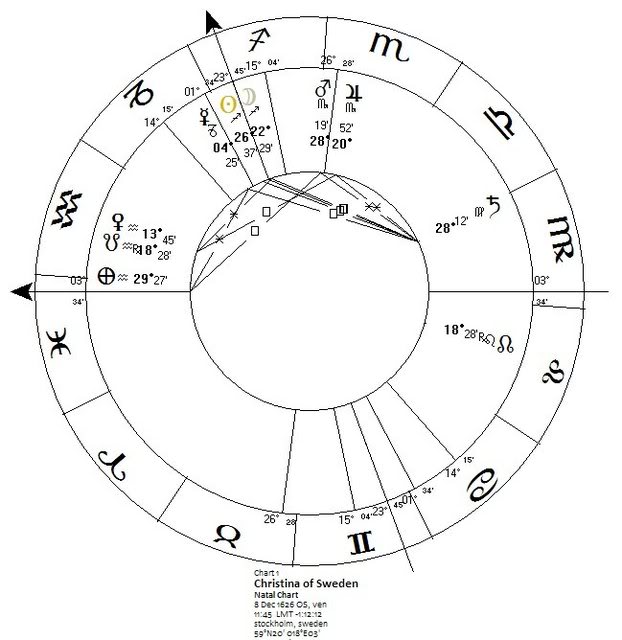 The Swedish Queen was a very interesting woman: she renounced to the Throne, became a Catholic and left her country for Rome where the Pope was organizing her conversion. She arrived in Rome on the 23rd December and the Christmas day she received the Sacrament from the Pope.

But the Queen had other interests more than religious ones. In Italy she started to practice alchemy and collect Medieval esoteric and astrological books, between them the famous Vat.Reg. 1283. At her death, they were bought by the Pope Alessandro VIII, and they are still between the treasures of the Vatican Library.

Christina herself used to see her friends in her house in Palazzo Corsini, a magnificient villa just in front the Agostino Chigi villa. In the halls of these two palaces now there are the rooms of the most important Italian Academia, Accademia dei Lincei with its famous library, while the gardens of her villa where Christina and her friends used to gather herbs for their experiments, now are turned into the Botanical Garden.

Christina called her group of friends the Arcadia, because the goal of its associates was coming back to the purity and the simplicity of the Greek region of Arcadia where the legend says the shepherds lived in peace and in harmony with nature. 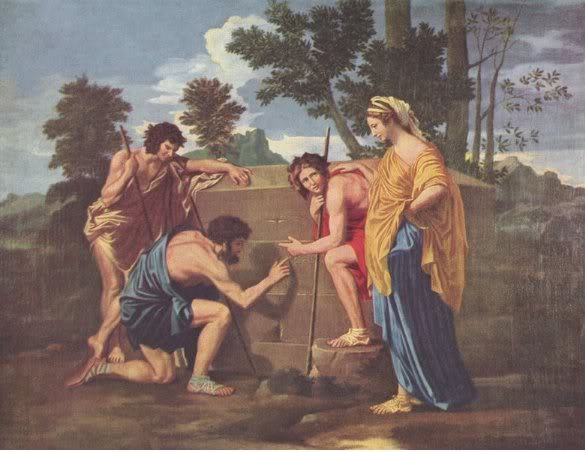 In Arcadia Christina was known as the Basilissa, the Greek title of the Byzantine Queens.

The legend says that a night a pilgrim stopped in Christina’s villa and spent the night in her gardens in order to search a weird herb which could produce gold. In the morning the pilgrim had already disappeared but some gold was still in his bedroom, together with a manuscript full of symbols and riddles, the segret of philosophical stone.

Marquis Palombara reproduced those symbols on the entrance of his villa: in fact he tried and tried to solve the enigma without any success, so eventually he decided to carve those symbols on the stone, hoping some wayfarer could do better, decode the riddles and reveal the secret of the alchemical gold. 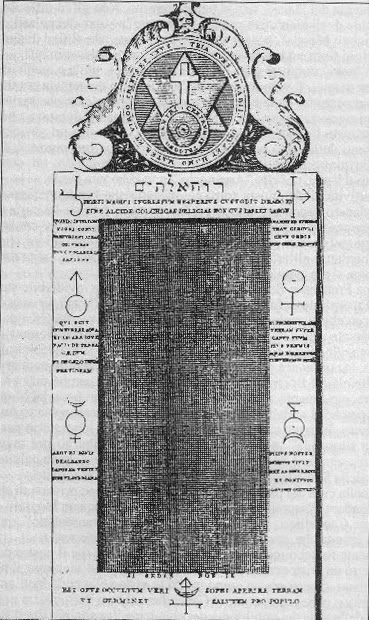 The door is topped with the Star of David and the words CENTRVM IN TRIGONO CENTRI, the center is in the trine of the center.

Below the triangle the Hebrew words, RUAH ELOHIM, the Spirit of the Lord and HORTI MAGICI INGRESSVM HESPERIVS CVSTODIT DRACO ET SINE ALCIDE COLCHICAS DELICIAS NON GVSTASSET IASON, The dragon of Hesperides wards the entrance of the magical garden and without Hercules would not taste Colchis delights.

Alchemical symbols of planets/metals should be read from left to right, in alternate mode

Saturn (lead): QVANDO IN TVA DOMO NIGRI CORVI PARTVRIENT ALBAS COLVMBAS TVNC VOCABERIS SAPIENS, when in your house the black raven will give birth to white doves you will be called wise.

Jupiter (tin): DIAMETER SPHAERAE THAV CIRCVLI CRVX ORBIS NON ORBIS PROSVNT, the diameter of the sphere, the tau of the circle, the cross of the world, are not useful to the blinds.

At the bottom the symbol of the monad. EST OPVS OCCVLTVM VERI SOPHI APERIRE TERRAM VT GERMINET SALVTEM PRO POPVLO, the occult work of the true wise man is opening the earth, from which arises salvation for the people.

A short sentence states: SI SEDES NON IS, if you sit don’t go.

If we read the same sentence from right to left, it becomes: SI NON SEDES IS, if you don’t sit go.

What these riddles mean? Some say that there is no secret and the Marquis Palombara was just talking about the chemical processes in use in his age, for production of iron. Is it this true?

Or did Giuseppe Borri, the enigmatic occultist friend of Christina and Palombara and disciple of Kircher, know more? He died in Castel Sant’Angelo, in the Pope’s prisons, just three years before the birth of the Count of Cagliostro. When Piedmontese soldiers arrived in Rome in 1870, they asked for the owner of the Villa and in the neighborhood, everybody knew the alchemist who was working in the Villa……