The bipolar disorder is is a disorder with periods of depression and periods of elevated mood, which in the humoral system is connected to the vapours of the black bile – the cold and dry melancholia- which predominates and obstructs the brain. Obviously the perfect remedy for this illness are hot oils warming and anointing the head and dissolving the corrupted bile.

“Insomnia or lack of sleep, confusion of the mind, acute fever with insidious onset never ceasing, amnesia for recent events, lack of thirst, search for conflicts, accelerated deep breathing, smallness and hardness of the pulse, collecting threads from clothes or straw from walls, licking of the tongue, occipital headaches, dryness of the eyes and their secretion, drops of blood from the nose, hallucination, loss of sensation in one part of the body. Since the patient prostates himself, he can only react to stimuly slugglisly. These symptoms can all occur simultaneously or only a majority thereof occur.” (1)

In traditional astrology afflictions of the mind, or better “diseases of the soul” are connected to Mercury and Moon which rule the rational and irrational mind, what Aristotle calls the intellective and the sensitive soul (2).

A “disease of the soul” could be arise when the Lights are inconjunct or don’t behold the Ascendant.

“Since the account of the principal diseases of the soul, in a sense, follows upon that of the soul’s characteristics, it is in general needful to note and observe the positions of Mercury and the moon relative to each other, to the angles, and to the planets whose nature it is to do injury; for if, while they themselves are unrelated to each other, or to the eastern horizon, they are overcome, or surrounded, or held in opposition by unfamiliar stars in injurious aspect, they cause the incidence of various diseases which affect the soul’s character. ” (3)

Anyway Ptolemy in the previous chapters of the same book III gives some hints which, still not directly connected, could give some light.

“In the first place, in such cases the luminaries are found to be as far as possible removed from the horoscope or in no way related to it, and the angles are separated by the maleficent planets. Whenever, then, such a disposition is observed, for it frequently occurs in humble and unlucky nativities“ (4)

Malefic stars are obviously connected to the diseases of the soul, but not enough because bipolar disorder is especially marked by the switching mood, the downs of Saturn and the ups of Jupiter. 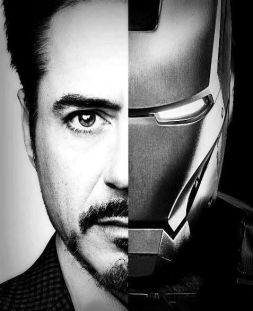 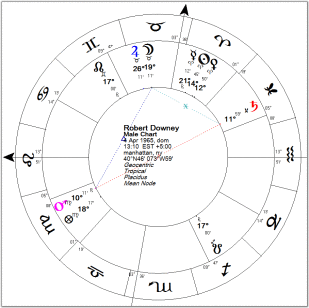 Considering that this is not an AA chart, I rectified it according Petosiris’rule.

The prenatal Moon is at 20.12 Leo, so the rectified radix Ascendat falls on the same degree. 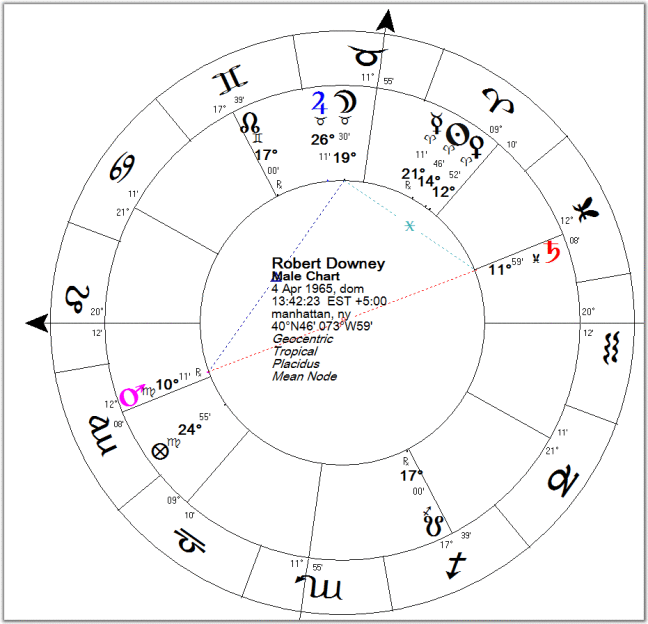 Mercury in Aries and Moon in Taurus are obviously inconjunct; (Ptolemy, see note 3)

Mars and Saturn now are angular beholding each other between the 1st and the 7th while the Sun is cadent in the 9th house (Moon on the contrary is angular in the 10th); (Ptolemy, see note 4)
Mars and Jupiter and Saturn are angular, Mars at the Ascendant opposite to Saturn in the 7th and Jupiter in the 10th. (Varahamihira, note 5).

(2) the vegetative soul can be easily associated to the Ascendant, see for example Antonio da Montulmo.