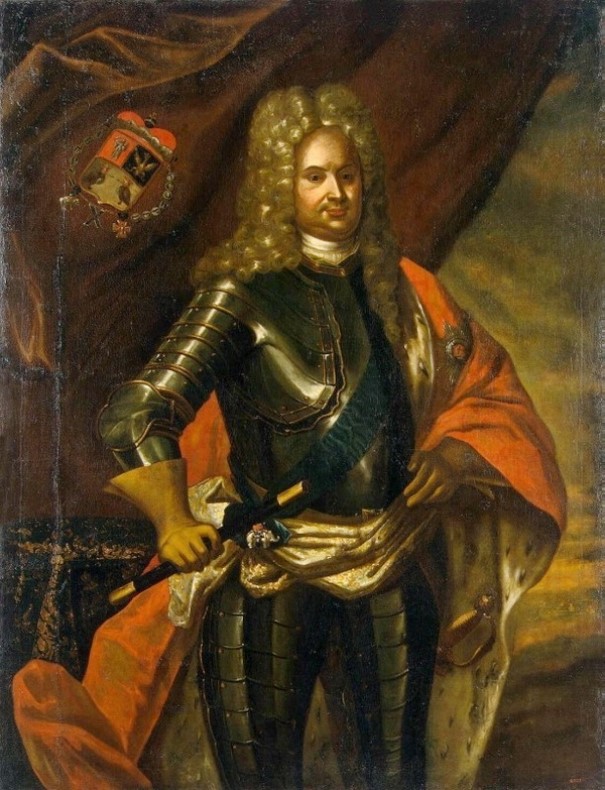 From time immemorial, Russians have always striven to study humankind’s innate connection with nature and its hidden relationships with various occult phenomena. Besides mainstream religious activity, there always existed folk culture in which all mystical observations and legends that accumulated over the centuries have been preserved either in the form of apocryphal legends (which were a mixture of Christian doctrine and pagan poetry) or as the scripts of herbalists and sorcerers.

They were equally reflected in folk poetry, such as “The Word about Igor's Regiment” or “The Legend of the Battle of Mamaev”. The average Russian’s exceptional interest in occult knowledge found a sharp rebuff in the sermons and writings of the clergy and punitive measures of the authorities.

From 12th century onwards, we have been encountering accusatory speeches of the monk Kirik regarding the so-called hora fatalis. Other noted figures such as Serapion and St. Ephraim followed his example. Maximus the Greek was trying to expose Nikolai Nemchin (Nikolai Shomberg, a member of the Japanese embassy, who was in Moscow in 1516 and 1519 and later a cardinal), mocking his astrological predictions, but these accusations and attacks were not successful. The interest among the people remained, and information about mystical observations such as astrology and herbology was disseminated, ironically, because of the church clergy which was getting good income from rewriting the scripts. Ivan the Terrible tried pointing this out to the fathers of the Stoglav Cathedral: "The sorcerers look at the Aristotelian gates and Rafly, they check about stars and planets, and study about the day and the hour." However, the thirst for secret knowledge was equally felt both among ordinary people and in the royal chambers. Nemchin von den Heyden introduced Tsar Mikhail Fedorovich to the secrets of alchemy and Adam Olearius received an invitation from Mikhail Fedorovich to become his court astrologer. Gloomy rumors among the people in 1654 prompted Tsar Alexei Mikhailovich to ask advice from his doctor Engelhardt, who was also an astrologer at the same time. He predicted a pestilence in 1655, which turned true. But Engelhardt didn’t stop with this prediction. Later, he extensively expounded all the teachings of astrology to the tsar. This passion of Alexei Mikhailovich towards astrology, in turn, caused attacks by priest Lazarus.

However, the interest in secret knowledge among Russian people continued to grow. This is indicated by the wide popularization of manuscript collections related to the occult sciences in the 16-17th century. Of course, along with the original works of purely Russian origin, much of the occult information came from the West as well. For example, "Ars magna" by Raimund Lullius was translated into Russian in the 17th century. From the second half of the 18th century, Vogt calendars began to appear in handwritten translation, teeming with various political predictions. We know one copy of such a calendar with critical notes made by Peter the Great about these predictions.

Peter the Great was very much interested in astrology. We have information that in 1698 the Neptune Society was established in Moscow. It had eight members, including Peter the Great himself, and was

under the chairmanship of Lefort. This small circle of people studied the secret occult sciences, including astrology. The meetings were taking place in the upper crust of the Sukharev Tower, which was specially adapted for astronomical and astrological observations. The well-known Yakov Vilimovich Bruce, the compiler of the calendar bearing his name, was also a member of the Neptune Society.

The versatile knowledge of Bruce, who was famous as a scientist throughout Europe, earned him special respect from Peter the Great. Bruce introduced Peter to the secrets of astronomy and astrology and together they made various observations and calculations in the same Sukharev Tower. The huge library of Bruce, which is now the property of the Russian Academy of Sciences, is replete with essays in various branches of secret knowledge.

Probably because of Bruce’s extraordinary erudition, he got the Moscow printing house in his charge. This printing house was instrumental in the publication of work that was of great importance for the history of Russian astrology. We are talking about the so-called Bruce calendar. There were attempts to nullify Bruce's participation in the compilation of this book on the basis of an inscription on the first table of the calendar that states that it was made “under the supervision of His Excellency General-Lieutenant Yakov Vilimovich Bruce, by the scrutiny of librarian Vasily Kiriyanov, May 2, 1709”.

It is not likely, however, that Vasily Kiriyanov, who was very busy with trading and publication of a number of works on geography and mathematics, could, without the guidance of Bruce himself, so finely and skillfully systematize all the information underlying this calendar.

The Bruce calendar, in its original form (the only complete copy is preserved in Hermitage), consisted of six separate tables engraved on copper. In the upper two tables, the necessary astronomical (Easter Paschal, lunar phases, sunrise and sunset, etc.) and astrological (values of the zodiac signs, dies nefasti, etc.) information were given. In third table was the “Omen of Time for Every Year” according to position of the planets for 112 years, that is, from 1710 to 1821, signed by the name of John Zagem. The fourth table contained the rules of Martin Albert Theofrast taken from the book of Wolfgang Hildebrandt. Finally, tables five and six indicated how to use the first four. The entire publication was completed only in 1715. The Bruce calendar is so remarkable because it was the first printed book that contained all information, which had been secretly transmitted among the common people. This was a real code of secret knowledge transmitted from generation to generation in Russia.

Being at the same time close to the ancient writing and the views of the folk people, the calendar was widely known in Russia. The name of Bruce, as a person who comprehended the innermost knowledge of the occult in its entirety, gained extraordinary popularity. People looked at him as the ruler of destinies, who could comprehend all the secrets of the earth and sky. In fact, entire legends were composed of him as a sorcerer. Rumors circulated about the myriad riches buried in the cellars of his Moscow house. His calendar made it possible to openly appear in print for a number of books of similar content, sometimes even more complete. Everything that was banned and fiercely persecuted for a number of centuries, but was preserved in the memory of the common people, now received the right to exist.

Author of the article © Sergey Protasov

Translated into English from Russian by © Viktoria Polikarpova & Ankit Sinha, 2019