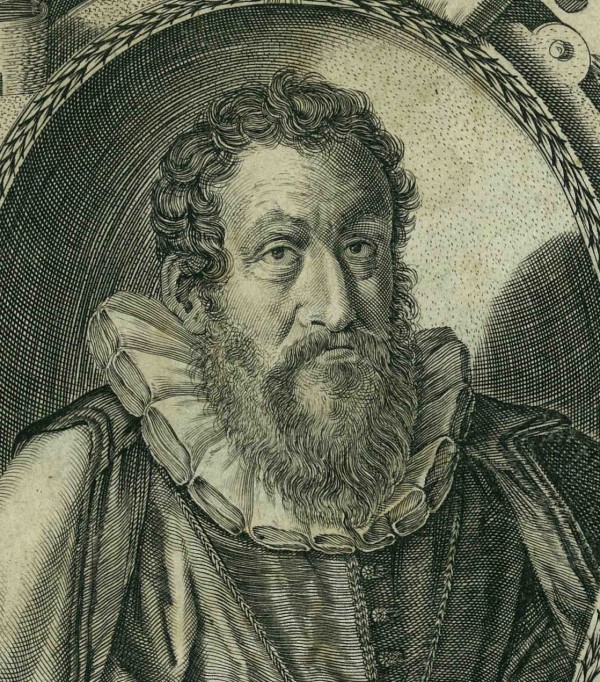 Stars at the border of Sagittarius, the three ones of third magnitude near or over the arrow, have a great influence in producing murderers. If they are well disposed they make heroes, men of war, tribunes, judges, responsible for other people’s death; if ill disposed, they make wardens, subordinates to magistrates, executioners, thieves. If they are in conjunction with the Sun, in genitures of great men they promise kingdoms, but in humbler genitures, they give lesser dignity.

The next position is when they are with the Moon; the natives having these stars so disposed will die because of an arrow. When they are in conjunction with Jupiter, with Venus, with Mars, they have contradictory effects, and hard, but with Mercury and Saturn they producealways great misfortunes. This is true for almost all the fixed stars, unless that for some peculiar reason they are in agreement with a planet, or incompatible with it.

Greater and brighter stars give honours and dignities; of average magnitude and brightness, wealth; the smallest ones, if brilliant, intelligence; in fact as a great light can disturb our studies, so a great star never grants an acute mind. This point too derives from the nature of wandering planets: in fact to the Sun we relate the power, to Jupiter wealth, to Mercury, the smallest planet but very brilliant, the intelligence.

The Dog-star ((Sirius, alpha CMa, the brightest star in the sky.)) ensures royal power; the place where is Spica of the Virgo, the 17th degree of Libra, ((Ptolemy gives Spica at 26.40 Virgo; here Cardano is updating its longitude adding 20 degrees.)) being there Arcturus of Bootes too, ((Before writing his Comment to Tetrabiblos, Cardano computed the conjunction between stars and planets “secundum gradum”, i.e. according their longitude.)) gives an extraordinary flow of wealth. The stars in the mouth of Capricorn give a wonderful intelligence: in fact they are very small and in great number, and this makes of them a royal place; moreover they are very brilliant and of nature of Saturn and Venus. If they are in conjunction with Mercury, the Dog-Star with the Sun and Spica with Jupiter, everything will be positive. But if they are with the Sun and theDog-Star with Mercury, they give so little lucky that it seems to me they can harm.

And in the same way the star of third magnitude which is in the 11th degree of Sagittarius, gives an excellent intellect because it has too the same nature of Saturn and Venus. ((I believe it’s Sabik, eta Oph, the star in Serpentarius right knee, of third magnitude. In Ptolemy catalogue it is at 21.10 Scorpio.))

Stars of Mercury nature, especially the ones in the feet of Gemini, if with Venus give grace and pleasantness. (( Cardano gives an example of it in Petrarca’s geniture (De exemplis Centum Geniturarum). He writes that these stars with Venus in the poet’s birthchart gave him his great elegance and fluency in writing.))

If the left arm of the front Twin and the left knee of the rear Twin are with Venus, they will involve a native in seduction and lust. The lower part of Leo, with Mercury, makes the native distinguished for his studies; in fact it has the nature of Venus and Mars.

The right shoulder of Orion ((Betelgeuse, alpha Or.)) and right shoulder of the Charioteer ((Menkalinan, beta Aur.)) with Jupiter give great success; with the Sun a famous name; with Saturn great attention and care.

The Vulture, ((The Eagle and its alpha star, Altair.)) with the Moon, gives great prosperity. The Sun with the neck of the Leo ((Eta, gamma and zeta Leo)) or with another star of Saturn nature, or Saturn with Spica or Bootes, give a great misfortune in those fields these planets are adverse: for example to life if they are hostile to life, to wealth if they are hostile to this one; in fact Saturn is malefic for its own nature and moreover is hostile to the Sun.

Powerful stars of nature of Mercury and Venus, like the brilliant of Corona, ((Alphecca, alpha CrB.)) when they are with the ruler of the Ascendant, threaten a poisoning, and the same the heart of Scorpio ((Antares, alpha Sco.)) and his tail. ((Shaula, lambda Sco.))

The head of Serpentarius with the Moon or the ruler of the Ascendant, gives a violent death and a wicked and deceitful soul.

Stars of Jupiter/Mars nature with the Sun in a native of obscure birth or the ones of Venus/Mercury nature in princes’ genitures forecast many damages: the latter will fall into ruin, the former will face many misfortunes because of his low inclinations or because involved in debauchery.

Fomalhaut, the brightest star of Aquarius, ((In Almagest Fomalhaut is listed under Piscis Austrini and Aquarius, being “at the beginning of the water “of Aquarius.)) and the other ones behind of it, of Venus and Mercury nature, give a persistent memory.

The ones in Taurus neck, with Venus or the Sun, grant gentle speech and grace in composing verses, and increase notability.

Venus with the heart of Scorpio, makes munificent, illustrious and the poets: the same if with distinguished stars of Jupiter or Mars nature.

Moon with the head of Medusa, sentences a violent death, and the same if she is with the right side of Perseus, ((Mirfak, alpha Per.)) with Orion’s foot (( Rigel, beta Or.)) or the Belt ((Delta, epsilon, zeta Or.)) or the brighter star in the Boreal Scale, ((Zubeneschamali, beta Lib.)) or with Pegasus leg and back, or in bodily conjunction with the one following the two ones in the tail of Capricorn. ((Deneb Algedi, delta Cap.))

Stars of nature of Mercury or Mars or Moon with the Sun deprive the native of honours and glory; the ones of Jupiter and Venus nature increase them.

Mercury with stars of Saturn/Jupiter nature make the native astute and thoughtful.

Moon, with the stars in the neck of Capricorn or near his tail heralds a sudden death. With the brighter star of the Southern Scale, ((Zuben Elgenubi, alpha Li.)) death by bleeding; with the same star at the setting point she causes an haemorrhage.

Moon with the stars of the water of Aquarius, or with the other Saturnian stars, makes the fools.

Orion’s belt with the Sun hurts an eye, and the same if with the Moon. But if these planets rule the Ascendant, these stars completely deprive of one of the eyes.

If extra formam stars of Scorpio or the star in the foot of Serpentarius, (( Maybe the stars of the left foot, near the Scorpio stars. Their nature is Mars/Moon.)) are with the ruler of the Ascendant and this one is with the Sun, the body of the native will be mangled in public, and the native will be changeable and a betrayer.