On the division of times — Margherita Fiorello
joomlajoomla extension free

On the division of times — Margherita Fiorello

On the division of times

Being Ptolemy reputed even between the flags of the revival of traditional astrology a compiler hired “by some rich man” (( James H.Holden for Nina Gryphon: Ptolemy went down to the Alexandrian Library and got out two or three books on astrology, read through them, and then thought, well, I’ll talk about this part of it, and wrote the Tetrabiblos. sic! )) could be helpful re-read some of his chapters. One of the most interesting ones is the one closing the Tetrabiblos, about the future times.

Ptolemy in Tetrabiblos IV, 10 is very short and here I want just to repeat his text in form of short list. Ptolemy does not give details on the methods and in practice they were used combining them.

There is no Middle Ages or Renaissance author who does not mention them giving tons of details for every position, generally they are copied and pasted from an author to another.

giving to the seven planets the rulership of periods in the native life.

In this group we can include other Hellenistic and Arab techniques that Ptolemy does not mention, but which are equivalent, as the chronocrators and the firdaria, where the length of the period depends on astronomical cycles.

All these periods, both Ptolemaic one and the other variants are more general, ie are the same for all the natives, because they are fixed, not dependent on the native chart. 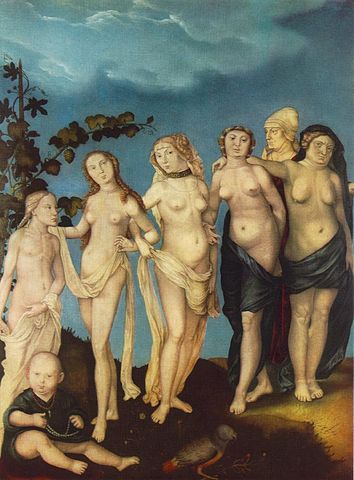 The main and first technique to be mentioned in order to discover the peculiarities of single nativities is obviously the primary directions. Not having Ptolemy’s gift to make a revolution inside astrology in two words, just I want to stress how Ptolemy mentions the use of divisors, which will come known as qasim, algebuctar, janbajtar :

"and the planets which govern the terms are to be given a part of the rulership."
PTOLEMY (( Tetrabiblos IV,10))

It’s interesting to notice here that Ptolemy did not mention here the solar return (maybe it can be included in the point 4) which was on the other hand included in this list from the rest of the authors.

Moreover we can notice that in Hellenistic and Middle Ages texts the two techniques are easily interchangeable, obviously because they were subjected to the same interpretative rules.

Another point of interest is that profections and revolutions can be directed (( see Profections and birth rectification)) or calculated for months and the days dividing by 28 (Ptolemy says) , the other astrologers would add some fractions. (( I should thank Dimitar Kozhuharov who is keeping a master course on the subject and showed me something I had missed without him ))

"87. Monthly conversions consist of twenty eight days, two hours, and about eighteen minutes; but some there are who judge them from the peragration of the Sun when he is equated partilely unto the degree and minute he was at the beginning of the month."

Lastly Ptolemy mentions the transits. Obviously the principles are the same of the preceding points, and the transits to consider are the ones in the year places (or in the month ones) and the transits of the year chronocrators, according their condition.

Which these conditions are – together with a judgement about a nativity according Cieloeterra method, we will see in the next post.