Even if now it is called a pseudoscience, physiognomy was very important in ancient times, but ancients did not like pictures in their books so many artists during Renaissance spent their time in creating images for the old books. Leonardo Da Vinci for example draw several pictures for De Architectura, an engineering Latin text:

If the Vitruvian man was the perfect man, in the real life a person’s character is a unstable equilibrium of the four temperaments. In a previous post we have seen as Ptolemy wrote about temperaments, according the planets ruling on Ascendant and Moon, and the Medieval variant(s) of it.

The following are a quick and rough translation from Giovanni Battista Della Porta’s Della Fisonomia dell’uomo: in fact the Neapolitan philosopher deeply studied the physiognomy, i.e. the assessment of someone’s character through his/her body and face and fitognomica, i.e the correspondence between the use of a certain plant and its aspect, what is called the signature.

He explains this in a the second part of the book called Della Celeste Fisonomia: “They would better investigate rising their eyes to the Sky, because watching the planets, they would have their mind. The Great Creator of all things, like in a painting, painted the occult strengths and the virtues, so every one of them shows clearly its strength and virtue, and the same Creator, in all his works, he followed the same criterion. Looking at the shape, picture, size, colour and motion and all the characters of the planets and of the other stars. the learned man could in better way to say about the shape, the size, the colour and the motion and all of the characters of natives.” ((II,2))

Della Porta lists the effects of the planets on the temperament in both books, but he stresses many times how the temperament does not derive from stars, but rather from humours.

The star of Saturn looks neither big or small to us, so it makes the body which is informed by its effects of medium size. When Oriental is bigger than when Occidental, and when Occidental it makes the body smaller. This size works in the openings of body too: it makes medium eyes , but being a very shining star, it makes shining eyes. Its colour is livid, or pale or dark, and it makes pale natives with black eyes. And because when Oriental is brighter and lighter, Oriental it makes the native honey coloured, and Occidental pale: and because it’s the most awful and ugly among all planets, in the same way it makes distorted natives And being the slower between all the planets because it completes his path in 30 years, so it gives a way of walking slow and grave. It is a star of dry and cold temperament because these are the effects of dryness we see when it’s cold, and so it makes natives with a cold and dry temperament. And because is dryer in the evening rather than in the morning, the vespertine star gives a drier temperament, and the chest covered with hairs.

From that cold and dry temperament the ancients said it is old, and give it, old man’s habits. The effects of this temperament are: being stingy, grave, melancholic; a good advisor, thinking just about himself, who needs little food and a lot of drinking, and tiresome. From its characters Ptolemy, Maternus and others like experts of Physiognomy have taken for their astrologies.

Jupiter has a medium size, as Higinus wrote, and we agree; so it gives a medium and proper size, and the same the eyes: it’s white and pink in colour, or rosy. And because it is slow in its motion, which in 12 years encircles the Zodiac, it gives a slow and grave pace. Its beauty is merry and joyful look, and so it makes its native jovial and happy and pleasant look. Oriental it is hot and moist, Occidental just moist, and its manners are in agreement with whom are magnanimous and in search of honours and to be the first ones, full of glory and honest. 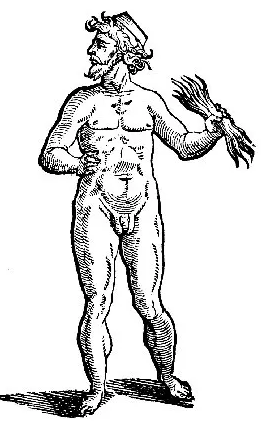 Mercury is a small star of a yellowish colour, but very shining: it gives a delicate and honey coloured body, small eyes, hot and dry complexion. Habits: wisdom and soundness, of scarce food. And because the colour of this star is made with all the colours, like the Opal has the colour of all the gems, so it does not give a peculiar character but it becomes what it is mixed with. And for this reason it was believed Messenger of the Gods, and because its dryness cunning, thief, merchant, yearning for profit, swift in motion and fraudulent. But in Della Celeste Fisonomia, he adds sophisms, poetry, music, astrology and mathematics. It means friends, fortune tellers, spells, prophets and interpreters of God. ((II,39)) 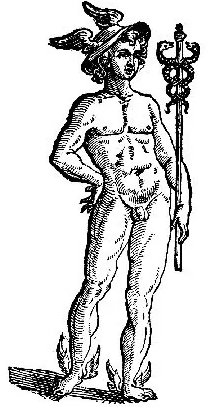 The star of Mars is very big; it’s coloured as a flame so it is called Pyreticus by Greeks; it makes the body of the medium size, coloured in white mixed with red. Oriental makes white, Occidental a red burning colour, small and bloody eyes and red hair. his complexion is hot and dry, and its habits rough and untamed, because he doesn’t like be controlled by others, of a lot of food and good digestion; fearsome, rapacious, wrathful and hasty. Virgil calls him godless, wild, hasty, Lucanus bloody, Horace grim eyes and fiery glance. 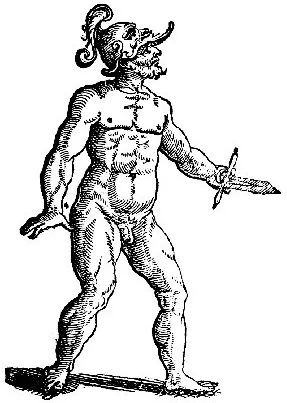 Venus is a great and white star, the most beautiful and lovely star among all the stars, so Poets called her mother of Beauty. It’s similar to Jupiter, but full of prettiness, because her beauty is like a woman’s beauty; white in her body, great, wide and beautiful and shining eyes, because among all the planets she shines a lot. Habits are pleasant and full of desire, merry, noble, lovely, pretty, beautiful, sweet. She is hot and moist in complexion, from which these habits derive and full of lust. Apuleius describes her white, and her eyes seem to dance and shine. Virgil call her white, beautiful and joyful and laughing. 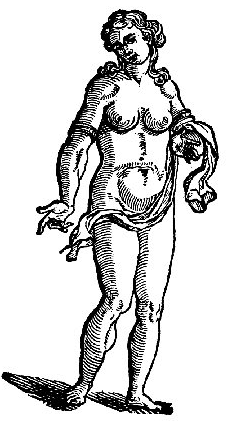 The Sun is the greatest of all planet, fair colour; so it makes natives stout, fat and with fair hair, and being the most shining of all planets makes beautiful natives. It’s hot and dry, and from this temperament derives being in search of honour, dignities, greatness, fair and honest. Maternus says it makes stout and blond natives, true, proud and arrogant souls, with a great heart, farmers and expert of waters.

But in Della Celeste fisonomia Della Porta specifies: “Ptolemy says in the first of Apotelesmi that the Sun has the virtue to warm and slightly dry, which it’s easier to check than with the other planets, because of its size and because of the different change in the year of its strenght and times. What the experts call Solar, we will call very hot and temperate, between the dry and the moist: so from moisture and warmth we have stout and fleshy natives, with a fleshy face, white, middle height, but not small; and from warmth and dryness comes blond and curly and long hair, red and yellow, with a beard. ” 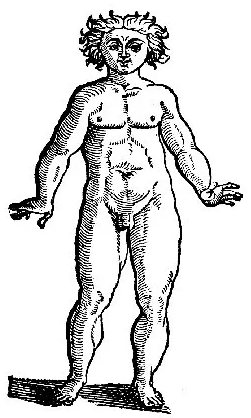 The Moon seems to us the greater of all the planets, white coloured; and from here we understand she is cold and moist so she makes stout and big natives. She is round faced and spotted, so her natives are fleshy and with a spotted body. She has an honest beauty, so she gives the same: she makes the native honest, fond of children and parents, from the moist and cold temperament. This planet has several shapes and several qualities and habits. In the synod when she is hidden, it’s cold and dry, in the square hot and dry, in the other cold and moist, – in the Celeste Fisonomia, Della Porta writes “from the the conjunction to the first square she is moist, from this point to the opposition is hot, after, till the second square she is dry, and then cold”– and because of this natives are of the stranger temperaments and habits, so Poets called her trine, with three faces: Diana in the forests, Proserpina in the hell, and Luna in the sky. 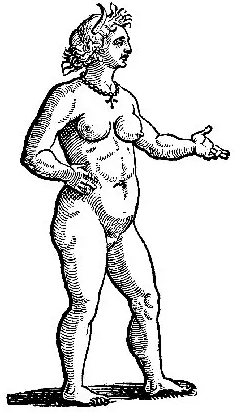