Mystical discussion about Determination and Altruism 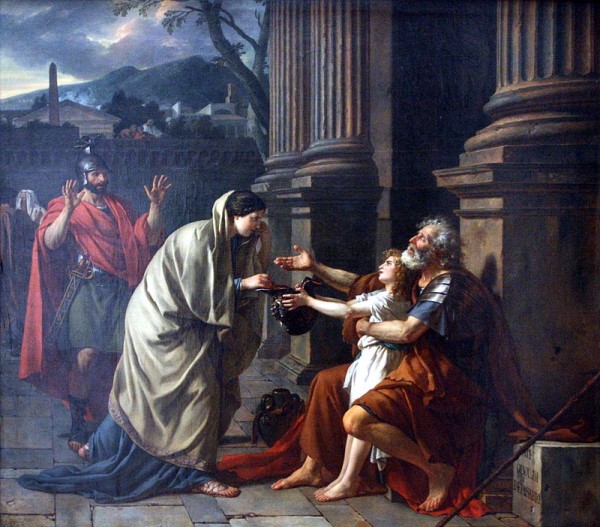 The acquisition of specific knowledge required for the fulfillment and means for the Divine Work is seen as quite an important task for the magician. There’s no denying that in order to accomplish the Divine Work, it is necessary to have strong determination in all the trials and temptations of life that can overwhelm a person’s soul. Nevertheless, the specific knowledge and the means which are required for the implementation of the Divine Work have emerged from an altruistic attitude towards humanity.

There is a possibility that the ultimate goal may be replaced by the means. In order to set the goal, i.e. fulfilling the Divine Work, a magician can focus too much on the acquisition of knowledge instead of emphasizing upon altruism. Hence, in such a case, a magician will become obsessed with the means and lose sight of the goal.

For example, a person wanting to join the armed forces to protect and defend the people of his land may end up focusing too much on the image of the army man and ultimately lose sight of the greater good of helping and protecting others. He may become conceited and give undue attention to his virtues and how others perceive his courage.

Moreover, he may prioritize the achievement of the means themselves, thereby losing the ability to selflessly help others without charging any “fee”. He may strive more to develop his knowledge and accumulate all the necessary attributes to enhance his image. Paying too much attention on the tools and knowledge, putting them at the forefront, this person may get under the sway of pride, vanity, and anger. And as a result, it’s likely that the person may lose the desire to help and serve the people of his country, which was his main motive behind joining the army.

It is philanthropy and altruism that provides all the necessary virtues and means to carry out the Divine Work. It also allows us to keep the mind clear in any situation and it also protects a person from any temptations. This altruism is perhaps the only one capable of grounding a person, which creates stability for him in his Divine Work and in his intentions and helps him not to lose Conscience, and with it the connection with God and His assistants.

If a person leaves altruism in order to achieve means for the fulfillment of the Divine Work, then he deviates from the path. Thus, the emphasis on the means always leads to the achievement of goals that are contrary to the original goal. While it is alright to lose some of the means, as well as the opportunity to achieve them, the most important thing at the stake is the main goal, that is, philanthropy and humanity. Having lost this goal, in any case, a person will use the means incorrectly, and will aim towards achieving misanthropic goals.

What could be more important than a true friendship? What could be more important than true values, the understanding of which is priceless? Among friends there is neither one who is better, nor one who is worse; they are all equal. There is no room for guilt, because a friend will forgive others for their mistakes and will not leave them in any case, irrespective of the person’s shortcomings, because he knows that in his essence this person, like all individual, is beautiful, because he has a Divine Spark.

For example, in the case when out of two friends, one becomes the member of a sect, it is very important that the other one, who did not choose the same path, stays in touch with his friend and does not abandon him. He shows that his friend is still important to him, even if at that moment he is confused and mistaken. Moreover, he will take all the necessary steps to benefit his friend, and then later they will laugh together at the situation when it would be over. In fact, if there is anything eternal in the world, then it is a friendship based on eternal principles, and on the knowledge of the friend's Divine Spark, as well as on the protection of this Divine Spark, if any circumstances try to make her Light be eclipsed.

Shouldn’t we proceed from these eternal principles when performing the Divine Work, and on the knowledge of the Divine Spark of each person, which ensures the altruistic principles on which every Theurgic Operation is based? Is it this humanity which saves the person during all spiritual battles, unshakable by difficult circumstances? It is this humanity, placed at the center of the human being and human conscience, that can save him from any temptations, no matter how great they are.

No matter how terrible the misconceptions of one person are, isn’t the very fact that his neighbor does not turn away from him and wants to save his soul, tearing it from the horrors of the Shadow Cone, which awaits everyone after death, the highest manifestation of mercy towards him?

There is nothing more joyful for a man than true friendship, which is based on a shared love towards God. Such friendship can save a person and everyone who is his friend (the same person, in the global sense, is a friend of every person), from the common enemy of mankind, whose sole purpose is to destroy the human soul by bringing it to the Divine Judgement.

Perhaps it is altruism that can allow a person to become humble, because he will not perceive anyone lower than himself, and, in general, he will not even have the thought that someone may be better or worse than another, for any reasons. Since he will not be able to think in this direction, and he will use all his knowledge and means not for himself, but only for his friends whom he wants to save with all his heart from the most dangerous and only enemy of all people.

2011 for Teurgia.Org by Eric Midnight

Translated into English from Russian by © Viktoria Polikarpova & Ankit Sinha, 2019