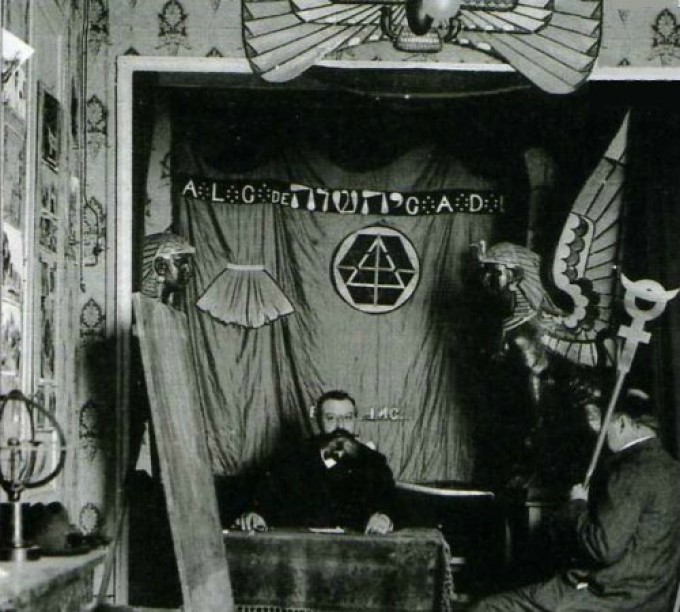 When the ritual of prayer is well known, and the magician is quite experienced, he completes it by establishing a magical chain. The solitude of the magician entails complete failure, since the fluidic currents set in motion will produce a terrible reaction if they do not meet the center of concentration and the bypass.

Similarly, in Magic, it is necessary to arrange a pole around yourself, possibly of strong fluid attraction, both in the visible and in the invisible world, starting with the latter. This pole of attraction, once established in all three planes, forms a magical chain that all the efforts of envy and anger will not overcome. Single or collective prayers have as their main goal to keep the magical chain in equal tension, in other words, to support the constant renewal of magnetism in the center of action.

As we have already said, we must begin with the invisible world, for which one of the deceased ancient or modern teachers is chosen, whose teachings are more valuable than others.

The name of this teacher, dynamized by the desire and enthusiasm of the student, will serve as the original core of the magical chain.

At the beginning of each ceremony or prayer, the name of the beloved teacher must be pronounced as a symbol of the will of the magician in the invisible world. Then the challenge of psychic influences acting in the astral plane, originating from the world of the visible or invisible, will follow. In conclusion, we should turn to the planetary genius who dominates the temperament of the magician, loudly pronouncing his name.

After that, having said a prayer, it is necessary to determine what the desired spiritual support should consist of, in order to study the fulfillment of a known desire, or for the apostolate, or for protection from attacks by astral forces. In case of danger or at the time of the performance of an important action, it is enough to say the name of the head of the chain three times to yourself to feel immediately the manifestation of mental influence. (We personally became convinced of the reality of the influence of the magical chain when fate sowed around us daily dangers and traps, the strength of which was increased by our social position, while serving in the army. We were always warned of an imminent danger, which, thanks to this, was avoided).

But silence about personal trials is set as the first condition of the magician.

We saw a young man studying Kabbalah, who, with modest means of life, immediately received the necessary valuable books, for which he established his magical chain in the Invisible.

However, a serious person himself will see in reality everything that is unnecessary to talk about.

Since the chain in the invisible world has been established, we must try to implement it in the visible world, for which purpose a mental communication with a serious, modest and useful friend will serve. This is the whole seriousness of initiation societies.

If it is possible to enter into relations with a society consisting of people representing a guarantee of scientific education and restraint, then this should be done, and we must remember that in alienation you sooner or later become the prey of great danger: selfishness or ambition. Subsequently, we will see that the magic circle is nothing more than a material image of a chain protecting from the Invisible, but we must remember that this is one of the main secrets of Practical Kabbalah.

© Dr. Gerard Encausse (Papus),
article from the book "A Treatise on Practical Magic"
translated into Russian by A.V. Troyanovsky, 1913