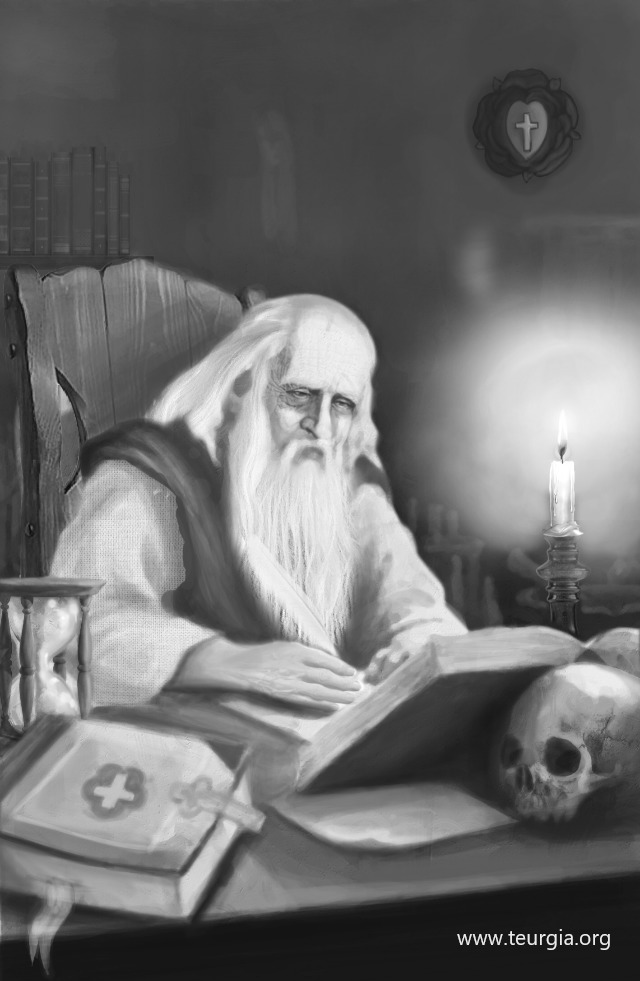 We introduce the Teurgia.Org website update in English. The update illustrates a remake of the famous illustration, which depicts Christian Rosenkreuz. The author of the picture is Ekaterina Miroshnichenko. The picture in color is available in our gallery.

The articles in this update focus on the topics of dreams, astrology, occult philosophy and the history of Martinism.

We remind that on the portal Teurgia.Org operates an online store.

Occult philosophy
Prophetic dreams — A. Woodpeters
An article from the Isis magazine, which was published in Russia at the beginning of the 20th century. In the article, the author talks about real cases of prophetic dreams that happened to him.

Dreams and their meaning — Sar Dinoil
An article from the Isis magazine, which was published in Russia at the beginning of the 20th century. In the article, the author talks about the classification of dreams, as well as how dreams can be used for the benefit of your spirit, soul and body.

Suicide's Suffering in the Other World — Isis magazine
An article from the Isis magazine, which was published in Russia at the beginning of the 20th century. In the article, the author talks about the posthumous fate of suicides, analyzes the reasons leading people to suicide and condemns this act.